Local authorities must give the official green light on January 19 for the launch of the first section of the “Camden Highline”, in reference to the name of the famous planted promenade in Manhattan.

It took half a decade of relentless planning, architectural reflection and fundraising by residents, businesses, donors and political figures for the project to see the light of day.

“We hope to build an incredible park in the sky,” Simon Pitkeathley, who oversees the project, told AFP.
It “is going to be a beautiful and pleasant environment to move between these two vibrant parts of London”, he added, guiding local residents to show them the imagined green corridor.
“Magical”

The architectural offices of vPPR and James Corner Field Operations, the company behind Manhattan’s High Line, won the tender for which dozens of companies had come forward.

Recalling itself the green corridor created in 1988 in the east of Paris, the American promenade, built on a former railway line in the east of Manhattan, has become a major tourist spot since its opening in 2009 and has recently been enlarged.

According to James Corner

According to James Corner, its London sister will be “a one-of-a-kind elevated park (…) illustrating the magical symbiosis between nature, culture, arts and people”.
The project mobilized residents of Camden, a district in the north of the capital known for its market and its nightlife.
“We love the High Line in New York and (we) are super excited that the same company is in charge of that” in London, rejoices Charlotte Tansey. “There are so many tourists coming to Camden every day, it would be great for them to have a new view, like in Manhattan!”

However, the two green flows will be “quite different, especially because we are right next to real trains”, explains Mr. Pitkeathley. Thick transparent panes will protect pedestrians.
The viaduct, built in the Victorian era but unused for nearly 40 years, is on long-term loan to Camden Highline by Network Rail, owner of some 32,000 kilometers of British rail.

The promenade will pass through the Camden Road underground station, which will be one of the four or five entrances envisaged to join the green corridor. The architects plan to leave the structures of the bridge exposed to “celebrate” the alliance between nature and aging monuments.
Fundraising

Built in phases, the promenade is expected to cost at least 35 million pounds (40 million euros) in total, according to estimates.
The first part will start at Camden Market and could open to the public by 2025. The other two sections are expected to take at least two more years to build.
But before that, those responsible for the project must find the 14 million pounds needed for the first stage of construction.
The association formed to carry out the project has already raised — and spent — around 1 million pounds. She hopes to step up her efforts once the building permit is officially granted.
The project is backed by Camden City Council, London Mayor Sadiq Khan and political figures like Labor opposition leader Keir Starmer, a local MP.

Mr Pitkeathley says he can find the funds. It targets wealthy donors, public organizations and business partners.
While locals are enthusiastic, some fear that the UK’s cost of living crisis will threaten the project.
Others will wonder if these funds could not have been spent elsewhere, underlines Naomi Craft, doctor of 58 years. “But I find it (a project) exciting.”

This article is originally published on lanouvellerepublique.fr 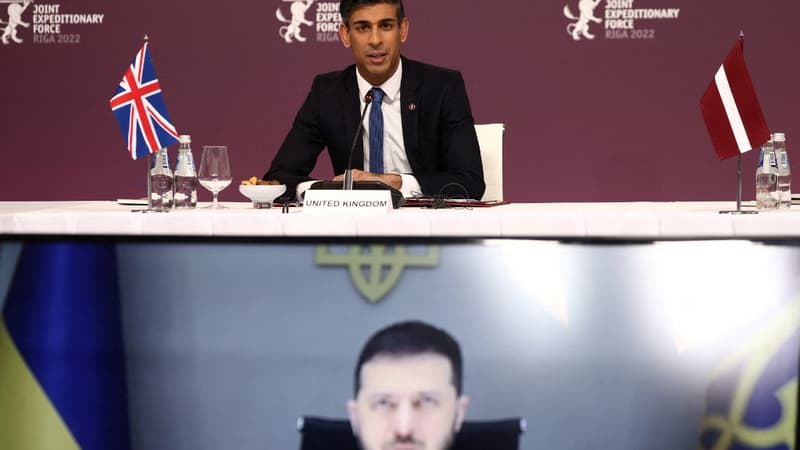