Putin accuses west of ‘coming with its missiles to our doorstep’ 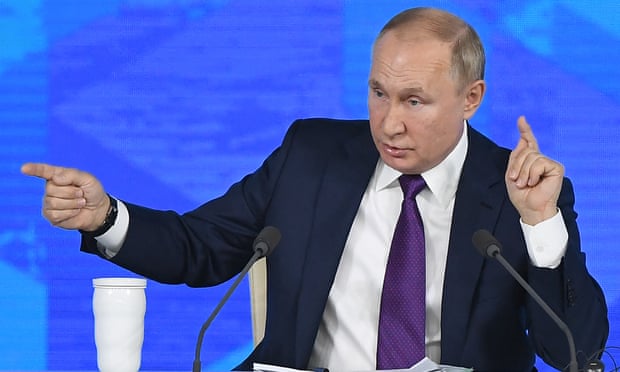 Vladimir Putin has accused the west of “coming with its missiles to our doorstep” as he reiterated demands for no further Nato expansion in Europe.

The Russian president did little to reduce tensions over Ukraine as he spoke at a televised press conference, saying he would be prepared to launch an intervention if he felt Ukraine or its western allies were preparing an attack on Russia’s proxies in the country.

“They keep telling us: war, war, war,” Putin said on Thursday. “There is an impression that, maybe, they are preparing for the third military operation [in Ukraine] and give us a fair warning: do not intervene, do not protect these people but if you do intervene and protect them, there will be new sanctions. Perhaps, we should prepare for that.”

Analysts have said Russia may be seeking a casus belli as it stations more than 100,000 soldiers, along with tanks and artillery, within striking distance of the Ukrainian border. The Russian defence minister, Sergei Shoigu, this week accused American mercenaries of transporting chemical weapons to the frontlines of the conflict zone, although he did not provide any evidence for the claim.

There are few signs that Ukraine’s military is preparing an offensive in Donbass, where the frontlines have remained static for seven years. More than 14,000 people have died since fighting began in 2014.

Putin said he did not want war with Ukraine but would seek new security guarantees from the west in upcoming talks with the US, reiterating his controversial demand that Nato’s eastern members remove troops and military installations that appeared after the countries’ accession to the alliance in 1997.

“We have made it clear that Nato’s move to the east is unacceptable,” he said. “The United States is standing with missiles on our doorstep. Is it an excessive requirement not to install shock systems at our house? How would the Americans react if missiles were placed at the border with Canada or Mexico?”

He once again expressed anger over Nato’s expansion since the fall of the Soviet Union in 1991, an issue that has become central to his growing antagonism with the west.

“Sometimes it seems we are living in different worlds,” he said. “They said they wouldn’t expand, but they are expanding.”

Putin said talks with the US should begin next year in Geneva, adding “the ball is now in their court”.

He said: “American partners tell us that they are ready to launch this discussion, these talks in Geneva at the very beginning of next year. Both sides’ representatives have been appointed. I hope that the situation will unfold exactly under this scenario.” 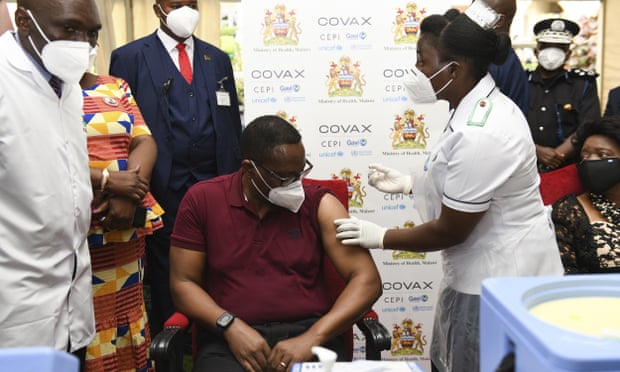