‘We carry Christian all the way’: Denmark face England with courage and the love of a nation behind them 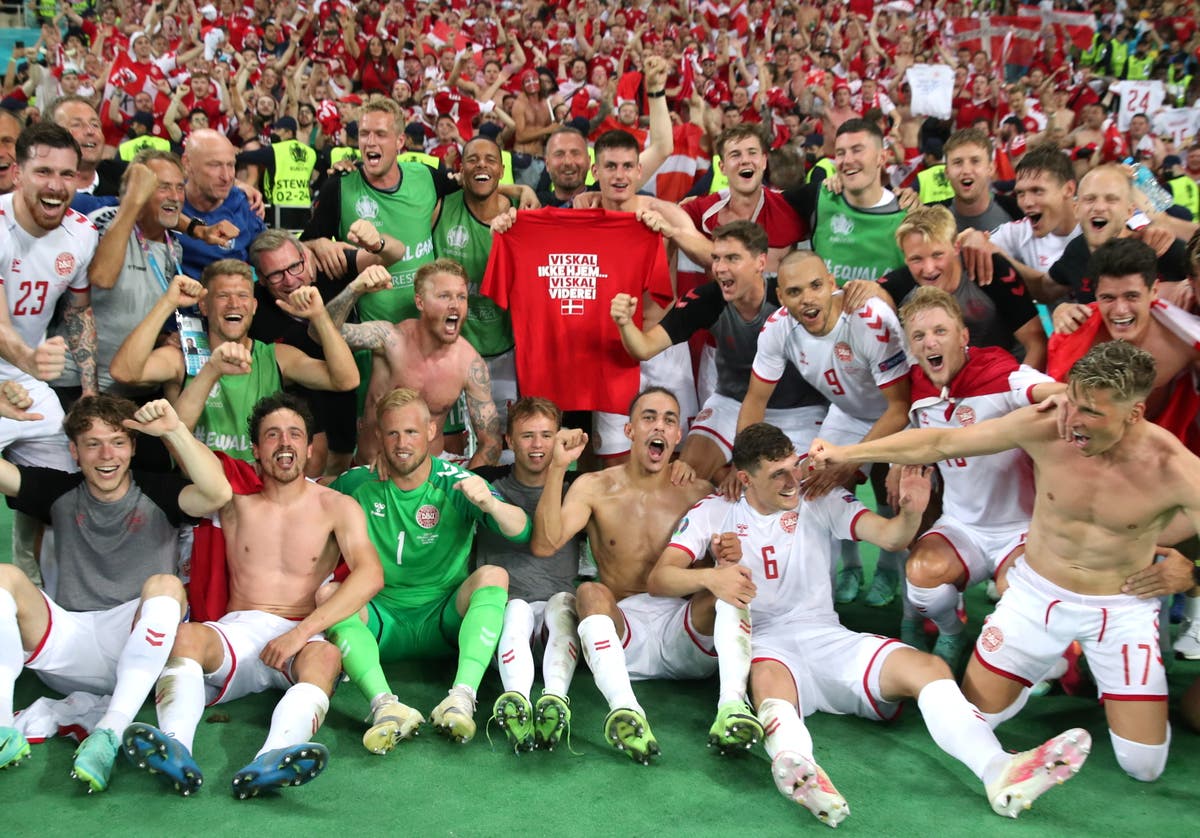 When the final whistle came in Denmark’s quarter-final win over Czech Republic, midfielder Pierre Emile Hojbjerg dropped to his knees and broke down in tears. Seconds later he was surrounded by teammates, hugging him, and sharing the emotions. Hojbjerg has been one of the best players of the tournament, playing with energy, courage, and passion in the Denmark midfield. On Saturday he was exhausted and happy after another great performance.

“This is pure class. It is high class. I am happy for the team, I am happy for the football organisation, I am happy for the country. The support we have received all the way. It is unreal. You see some videos with parties in Denmark before the matches. There are people everywhere, and I don’t dare to dream, how it is now. It gives us courage and energy,” Hojbjerg said after the match.

The last three weeks have been emotional for the Danish national team, and Saturday’s 2-1 win over the Czechs was a new highlight.

Now, they’re looking forward to a semi-final against England at Wembley on Wednesday. It is a historic moment in Danish football, and people are having memories of 1992, when Danish dynamite exploded with a Euros victory.

It has been a long journey with a lot of ups and downs. In 2018 the players were in a conflict with the football association. It ended with a player’s strike and a match against Slovakia with amateur players on the field. In 2019 the football association announced, that successful head coach Age Hareide would be replaced by Kasper Hjulmand. Then came the pandemic and doubts over Euro 2020 with three Denmark matches in Copenhagen.

When the tournament finally kicked off, Denmark experienced the horrific collapse of star player Christian Eriksen in the match against Finland. Captain Simon Kjær provided lifesaving help and comforted Eriksen’s girlfriend, while the rest of the team created a wall of protection for their teammate. That evening, the Danish national team lost a football match, but won the hearts of the nation.

The players shared their feelings, showing what team spirit is about and were praised like heroes. For some days, football did not matter, but when Eriksen survived and told everyone that he was OK, his teammates decided to play for him with all their hearts.

In front of 25,000 spectators they played wonderful matches against Belgium and Russia, winning the latter 4-1 in the last group game. That secured a spot in the round of 16, and since then, the national team has been the center of the Danish universe. Football fans are wearing the national team kit on their way to work, children are singing football songs in the streets, old ladies wear red and white dresses – the colours of the flag – to join in with the party.

The players have become rock stars because of the great performances on the field, but also because of the way they have handled the Eriksen situation.

Euro 1992 winner and national team legend Peter Schmeichel is one of the many voices who have praised the team. “It is a national team, that shows us new ways to overcome such traumatic experiences. Togetherness. Hard work. Talk about it. Be open about speaking to psychologists. To cope with an emotional rollercoaster, going from one extreme to the other,” he said after the Russia game.

The emotions keep on grabbing the headlines. After the quarter final captain Kjær did not talk about tactics. With tears in his eyes, he spoke instead about the strong mentality and team spirit in the group of players. He spoke about honesty, about vulnerability, about being safe around each other. This team has made an impact on the whole country.

Still, the spot in the semi-final is not won by a good mentality and friendship between the players. This is football, and to be honest, Denmark has a damn good football team. Be aware, England.

The 4-0 win against Wales in the round of 16 showed their offensive capabilities. The win over the Czechs showed their defensive skills. We have seen so many qualities from this team. The great goalkeeper Kasper Schmeichel. A strong defence with a marvelous leader in Kjær. An unstoppable midfield including running machines Joakim Maehle, Thomas Delaney and Hojbjerg. An unpredictable attack. Only Spain (12) has scored more goals than Denmark (11). Seven different players have hit the net at this tournament. They are a successful team that has dealt with the absence of their star individual, Eriksen.

But even though Eriksen is watching the matches from his home in Odense, he is still with the team. “We carry Christian all the way. He is with us, and I think of him every day. He is a part of the team mentality and the way, we play,” coach Hjulmand said.

He also said that Denmark want to go as far as possible in this tournament. In 2005, research found that Denmark was “the happiest country in the world”, partly due to the shock win in 1992. Football matters to Denmark.

This summer has seen repeats of the scenes in 1992: fans going crazy; dreaming of doing it again. On Saturday, everyone forgot about Covid-19-regulations. Strangers were hugging. People were screaming their hearts out. In the city of Aarhus, a large group of people climbed a bus celebrating the win. Pure madness.

“The love and compassion from the Danish people have helped us, and will help us again on Wednesday,” Hjulmand added. “[Hojbjerg’s] reaction was a good picture of what we have all been through. It was a relief, joy, euphoria, and exhaustion at the same time. I still do not think everyone has perceived what we have been through. I guess we don’t get rid of it immediately. I love that we allow it to come out. It was just totally cool to see the relief and the feelings from Pierre. 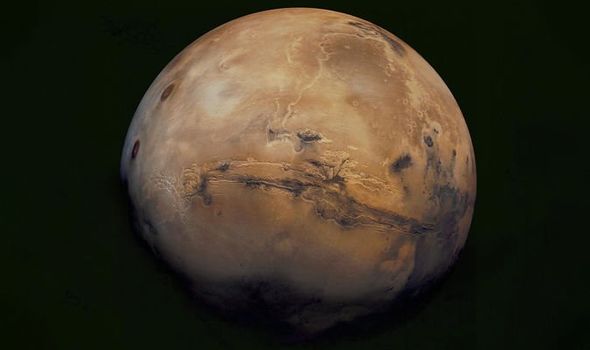 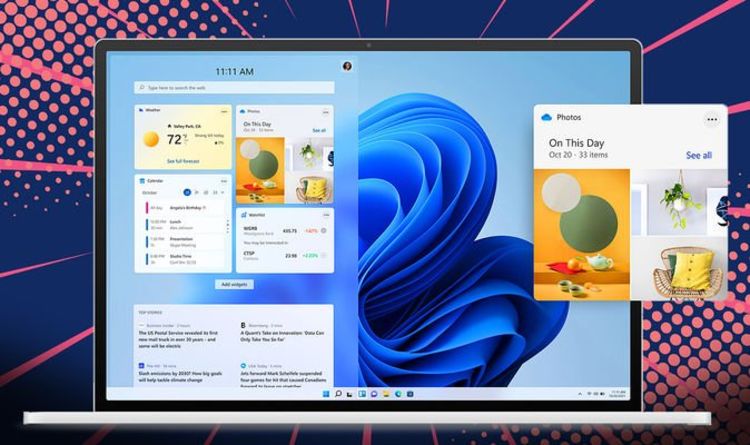