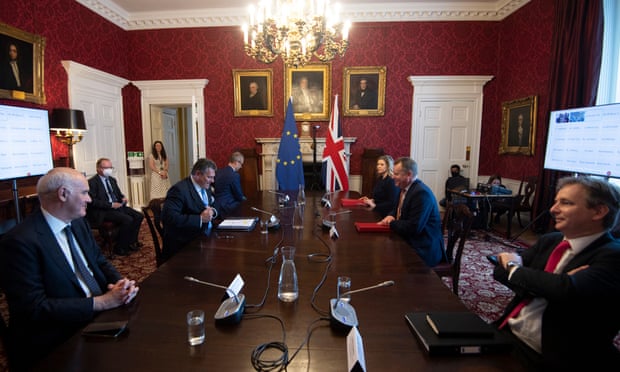 Talks between the UK and the EU aimed at resolving the dispute over Brexit checks in Northern Ireland have ended without agreement.

Amid fears that the escalating crisis over Northern Ireland would develop into a trade war, the Brexit minister, Lord Frost, said there had been “no breakthroughs” over the Brexit checks but no “breakdowns” either.

He said he and the European Commission vice-president, Maroš Šefčovič, had a “frank and honest discussion” and the two sides had agreed to carry on talking in an effort to achieve a breakthrough.

Among the most difficult of around 30 issues on the table is the question of checks on food, with the UK objecting to an outright ban on chilled meats including sausages and minced beef, due to enter into force on 30 June.

While the UK agreed to the protocol in December, the impact of checks on the ground in Northern Ireland has caused a political crisis, with loyalist and unionist parties campaigning for the arrangements to be scrapped altogether.

“The problem we’ve got is the protocol is being implemented in a way which is causing disruption in Northern Ireland and we had some pretty frank and honest discussions about that situation today,” Frost said.

“What we really now need to do is very urgently find some solutions which support the Belfast Good Friday agreement, support the peace process in Northern Ireland and allow things to return to normal.”

In a statement the UK said no substantive progress had been made on the prospect of a veterinary agreement which the EU believes could mean 80% of the agrifood checks disappear and could work as a temporary measure.

The UK has objected to the proposal on the grounds that it would mean London observing EU laws again just six months after Boris Johnson secured a hard Brexit severing the country’s links to Brussels trade rules.

Other areas where substantive progress was not made, according to the UK, included freedom of movement for pets without passports, trusted trader status for agrifood suppliers, and tariffs on steel and parcels, something that has caused disruption to online shopping in Northern Ireland.

Progress was made on guide dogs entering Northern Ireland from Great Britain and the EU’s repeated request for access to UK customs IT systems. The EU had promised further proposals on the supply of medicines and livestock movements, Downing Street said. 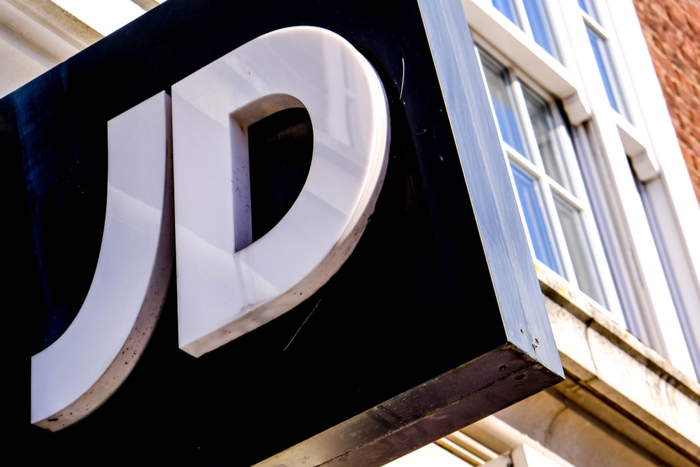