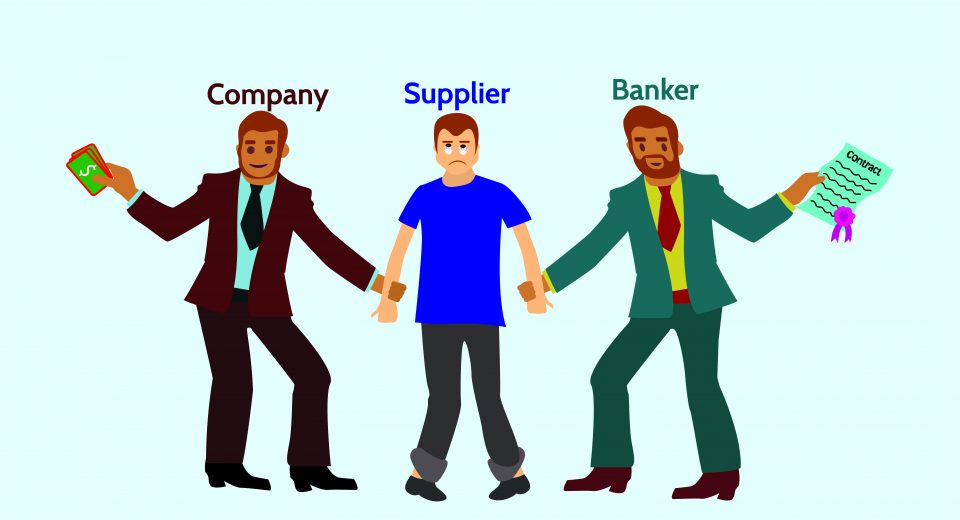 A common factor in the recent
demise of Carillion in
the United Kingdom and previously of Abengoa in
Spain was creditor factoring used to bridge liquidity shortfalls. Creditor
factoring generally delays payments to creditors to fund a companys
operations. Such arrangements may help companies in smoothing reported cash
flows in the near term but creates an obligation to pay in the future. However,
if the liquidity problem aggravates in the near term, it turns the clock ticking
down against potential opportunities that could arise in the future.

The lack of transparency in reporting for such arrangements distort cash flow statements which a lot of investors use as a starting point. Unlike economic deterioration in liquidity and use of additional borrowing to firefight the current crisis – financial reporting paints a rosy picture of improving operating cash flows instead of reporting an increase in borrowing.

For investors, the key issue is
to identify at what point in time a trade creditor (included in working capital
changes; i.e., operating cash flows) becomes a financing liability (included in
leverage calculations; i.e., financing cash flows). Current accounting practice
does not specifically cover creditor factoring, and company management can use
it without any specific disclosure requirements. This, however, is vitally
important information for investors to identify in a timely fashion and to
adjust in performance and leverage ratios. An omission to make a timely adjustment
would overstate operating cash flows and understate leverage ratios.

A simple way to understand creditor factoring is considering an example of a cable tv provider. A customer asks to cancel his monthly subscription of £100 as he will be temporarily out of job. The service provider, who does not wish to lose a customer, offers to delay the payment term from paying each month to paying after 6 months (so January subscription is paid on the last day of June). The customer agrees to the extended term and thus improves his monthly net cashflows by saving £100 each month. Until the new payment cycle kicks in, the customer has saved £500 (£600 for 6 months service – £100 payment at the end of 6th month).

However, this in effect is a
debt. When the subscription arrangement eventually ends, the customer will have
to pay £500 to his service provider.

Following this example, lets
assume that a company with strong bargaining power forces a weak supplier to
accept longer credit terms. The company is effectively making the supplier fund
its working capital.

This scenario, however, could
create liquidity problems for the supplier. So, the company uses its banking
relationship to offer its supplier a factoring facility that could be cheaper
and more effective than the suppliers own factoring arrangements. This is an
example of “bad
reverse factoring” which will not show up anywhere in accounts,
except in a lagging bloated account balance of “trade and other creditors.”

Lets stick with this same
example but assume that the supplier has a stronger bargaining power instead of
the company. In this case, the supplier will not agree to an extension of the
payment period or alternatively could force shorter payment periods. Here, the
compRead More

Technology allows us to serve semi-urban and rural India where 60% of the population lives, Aditya P..

Why Travel Companies Are No More Than Destination Managers, a Report by Accenture

What: Accenture has published a report on the new travel trends to keep an eye on as 2018 unfolds.
W..

As oil plunges, the real Opec meeting will be at next week’s G20

For the oil market, it looks like the real OPEC meeting will come a week ahead of sc..

Things have started improving both at Axis and ICICI and even at Yes Bank. I would not get too pertu..