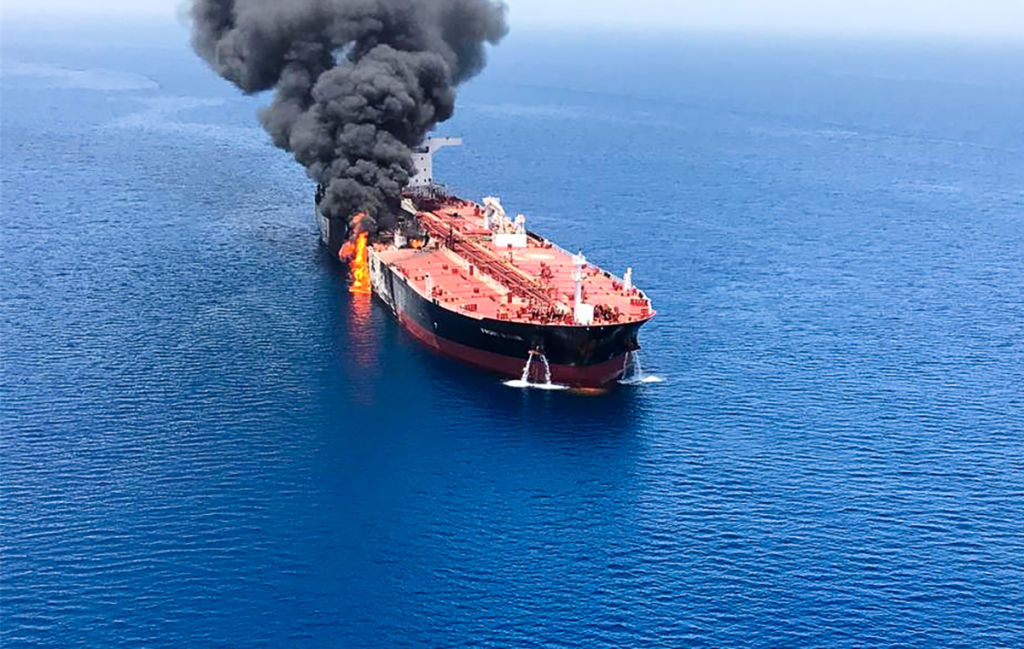 The foreign secretary Jeremy Hunt has branded Jeremy Corbyn “pathetic” after the Labour leader said there was no credible evidence that Iran attacked two oil tankers in the Gulf of Oman.

Corbyn accused the government of increasing the threat of war after the foreign office said it was “almost certain” the Iranian military were behind the attack.

The foreign secretary hit back, branding Corbyns response “pathetic and predictable” and accusing the Labour leader of failing to back British interests.

Two oil tankers – the Front Altair and Kokuka Courageous – were set on fire in attacks in the Gulf of Oman on Thursday.

The US has accused Iran of being the perpetrator of the attacks, which the country has denied.

Hunt has previously condemned the attack but called for diplomatic solutions to be found.

Corbyn criticised the UK response and said the government was fuelling military escalation.

He said: “Britain should act to ease tensions in the Gulf, not fuel a military escalation that began with US withdrawal from the Iran nuclear agreement.

“Without credible evidence about the tanker attacks, the governments rhetoric will only increase the threat of war.”

Hunt, who won the second highest number of votes in the first round of the Tory leadership contest on Thursday, said Corbyn had once again failed to stand up for British interests.

Our performance is very much on track: Rohan Suryavanshi, Dilip Buildcon

When FY19 ends, the number of kilometres that the government would have constructed will be higher v..

After Market: IT plays to gallery, 128 stocks show a bearish trend

NEW DELHI: Domestic stock benchmarks ended on a bright note on Wednesday ahead of the F&O expiry, ta..

View: What’s got oil so spooked? It’s the Economy

Not only are oil prices down nearly 40 per cent sin..