In October, the country's health agency, Santé Publique France, presented seven cases in three geographical areas that had been alerted by the regional register for birth defects, Remera.Additional tests conducted with hospital data in the Ain region, near the Swiss border, revealed more suspect cases, totaling 18 over 15 years from 2000 to 2014.For now, the cause remains unknown, Health Minister Agnès Buzyn said."It could be an environmental issue. It could be what they ate or what they drank. It could be something that they've breathed in. I don't know," Buzyn told French TV station BFM TV.Pesticides are suspected to be to blame for the deformities, with the particular products likely to no longer be on the market, Emmanuelle Amar, director of Remera, wrote in an email. She added that this is based solely on assumptions for now."These cases occurred at a given time and then they stopped occurring," she said. "Either that the product used is no longer being used, or that the person or entity that was spreading it has now stopped spreading it."The French health agency said that at this point, there is nothing that points toward a common cause.The first step will be to evaluate, among the 11 suspected cases, those that correspond to transverse agenesis (the failure of the limbs to fully develop) of the upper limbs, Santé Publique said in a statement.All cases will then be analyzed, and teams across multiple organizations will investigate what the affected families have in common."This large number of cases of infants with deformities, babies who have no arms, also exists in Brittany and Loire Atlantique," Amar said in a statement. "But there was only the report of those in Brittany that was taken into account by Public Health France." 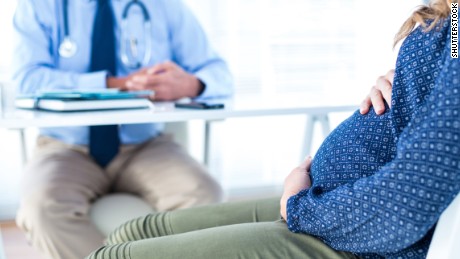 Amar said the health agency had not taken previous cases reported by the regional register into account, despite multiple appeals, previously concluding that there were not an excessive number of cases with abnormalities.In response, the health agency said it had identified three clusters, two of which show an excessive amount of cases. "We considered that in the Ain region there was not an excessive amount whereas Remera said there was. This is where there is a disagreement," it said.Santé Publique director François Bourdillon told French radio station RTL that there are usually 150 cases a year, but experts have questioned this figure.Amar now welcomes the nationwide investigation but wants it to be done correctly and independent of the health agency, she said.Santé Publique will work with L'Anses, the agency that monitors the environment, to investigate these cases and meet with local mayors and the families to work out what these families have in common, Buzyn told French TV.But Amar questions whether that will all happen. "The families are devastated," she said. "Yesterday, a doctor went to the home of one of the mothers who collapsed after listening to the Public Health Agency statement on television saying that they had contacted the families when in fact they had never called."Santé Publique said Remera met with families in the Ain region, not the health agency, adding, "we will contact the families and we will see them next Tuesday. "It has also called for a national foundation of registers to be set up to "allow us to re-evaluate the number of cases and know if there is an excessive number of cases," the agency said.Buzyn said the first results of the investigation will be released at the end of January and the whole investigation before June.

Responding to news that Nazanin Zaghari-Ratcliffe and husband Richard have ended their hunger strike..