Climate change has risen to the top of Switzerland's political agenda and observers are eyeing a possible "green tsunami" in 20 October elections.

For decades Switzerland has been dominated by four main parties; the Swiss People's Party, the Social Democrats, the Radical Party and the Christian Democrats.

But as the glaciers melt, the president of the Green party's youth wing sees an opportunity.

"This is our year," says Maja Haus.

"There is a climate crisis, and for the Green party this is a huge chance, because we have the answers to this problem: 2019 will be the climate elections."

How big is the green wave?

Including the more fiscally conservative Green Liberals, who are also polling well, greens could be a significant force in parliament. Latest opinion polls give them a combined 18% of the vote, a comfortable second place.

How are Greens doing in Europe?

But this election is about more than just a rise in support for green parties. "There was a lot going on in Switzerland during the last year," says Fabian Molina, who at the age of 29 is already a member of parliament for the Social Democrats.

"We had a women's strike, we had a climate strike, people want change."

In June this year hundreds of thousands of women across Switzerland took to the streets to call for equal pay and conditions, and an end to discrimination.

It was, the Swiss Trades Union Federation said, the biggest political demonstration Switzerland had ever seen.

All year climate strikes have been taking place, culminating in a huge rally in Berne in September, with 100,000 people taking part.

The protests are a sign, says political analyst Barbara Perriard, that voters are energised, and some voters in particular.

"We have a lot more women candidates this year," she says. "An increase of 40% on the last elections. And we have more than 450 candidates who were not eligible to vote in 2015, so that means young citizens want to participate in politics."

Among those standing is 21-year-old Alicia Badnod. For her, climate change and the environment are the top issues.

She is not standing for the Green party, but rather as an independent because, she believes, young people have lost '"hope in the mainstream parties". 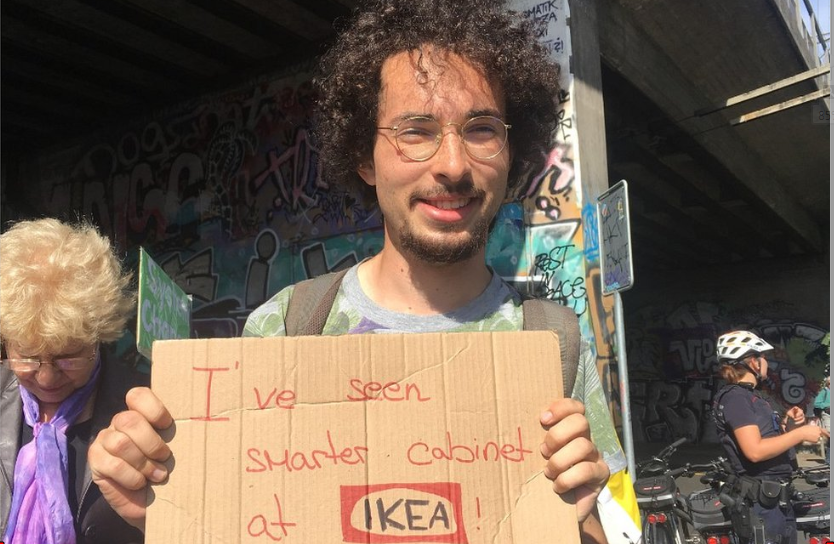 Climate has no borders, the environment is global. This is not a question of whether you are in France or Germany or Switzerland. You will face the climate crisis

He too puts climate at the top of his political priorities, but he is standing for the Social Democrats, one of Switzerland's oldest parties, and currently the second biggest in parliament.

What is striking is that key issues that have mobilised Swiss voters in the past, specifically immigration, and relations with the European Union, are just not cutting through with these young people.

Alicia remembers being put off, during the last election in 2015, by the focus, particularly from the right-wing Swiss People's Party, on the dangers of immigration.

"It's easier to tell someone you are scared," she explains, "and then to tell them we will make your fears disappear, but the reality of Europe right now is multicultural."

Is Swiss populism in decline?

The Swiss People's Party remains the largest in parliament. It has campaigned for over a decade on two key messages: restrictions on immigration and asylum seekers, and limiting non-EU member Switzerland's ties with Brussels.

Tartan weaving in the Highlands has moved a step closer

The plan B to bring tartan weaving back to the Highlands of Scotland has hit its goal.

Tribute to Ken Gunn, Scotlands master hotelier of the seas

The man who introduced luxury sailing to the world of Scottish hospitality has died at the age of 67..

Barbara Hendricks on sheltering in place: ‘This is how refugees feel all the time’

Barbara Hendricks has used her voice for..

Coronavirus: Masks made mandatory in parts of Paris as infections rise

Wearing a face mask will be compulsory in busy parts of Paris from Monday amid a rise in coronavirus..