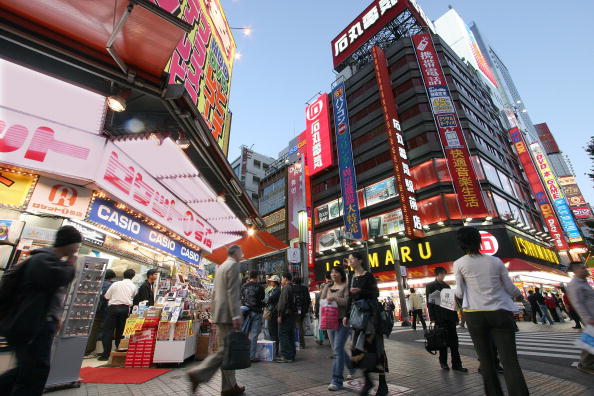 In the seventeenth century, Japan experienced a long period of isolation from the outside world, known as sakoku.

Now it is contending with a different type of seclusion, as international investors continue to ignore the archipelago.

Japan is unloved and oversold by investors. The average exposure of 318 funds in the Investment Associations global sector is below five per cent, despite a 7.1 per cent weighting for the country in the MSCI ACWI World Index.

But with a thriving domestic economy, valuations at historic relative lows, rising yields and sweeping corporate reforms shaping more shareholder-friendly boardrooms, are investors leaving themselves vulnerable to a sharp revival in Japanese equities?

International investors have experienced false dawns before, where Japan promised but ultimately failed to climb out of economic stagnation.

However, now the Japanese economy has finally emerged from a spiral of deflation. Economic conditions are robust, and Japans real GDP grew by 2.1 per cent in the first quarter of 2019, recording growth in positive territory for the second consecutive quarter.

Meanwhile, jobless numbers are at a 40-year low.

Business estimates for the upcoming financial year have been modest (with a forecasted two per cent growth and flat operating profits), but this owes more to the usual conservativeness of Japanese companies.

By digging deeper, investors can see company fundamentals have vastly improved. While the Topix is at the same level it was four years ago, company margins and cash holdings are much higher, shareholder equity has increased by 20 per cent, and cash deposit by 25 per cent.

We expect share prices, which came down in line with the global economy, to rebound – in some companies, the unrealised gain could be as much as 50 per cent.

The escalation of trade tensions has real world implications, but we believe fears are overdone.

As for automakers, we have companies with a very low exposure to Europe and China, and the complexity of the supply chain means Japanese exporters are less vulnerable than many believe. For example, many Japanese brands, which control 40 per cent of the US car market, are serviced by US-based manufacturing plants.

Domestic plays underpinned by secular trends, which have been a victim of indiscriminate selling, provide another route to growth. For example, Japans rapidly ageing population is lending support to the railway sector, as the older demographic increasingly chooses to travel within the country.

There is also the opportunity to take advantage of land shortage in booming cities – namely Tokyo, which is attracting a growing number of workers into a scarce amount of land. As rents rise and salaries increase, we see a long-term opportunity in residential REITs.

Another under-appreciated trend in Japan is the developing corporate governance story. With the adoption of Japans Corporate Governance Code in June 2015, investors took note, but payouts remained low, as did buybacks.

But we are now on the cusp of a step-change in shareholder friendliness.

The pay-out ratio is at 35 per cent and growing, with market dividend at 2.5 per cent.

By Katherine Greifeld and Ben Bartenstein

Emerging markets look to be in a sweet spot.

Gold prices jumped to their highest level in more than five years on Thursday, after the US Federal ..

Market outlook: Nifty may react positively to RBI board decision

Market extended its pullback and on expected lines, moved higher to test its 200-DMA and end the day..

US stocks drifted higher on Thursday, helped by a rise in technology shares, but gains were limited ..