When it comes to impact craters, Earth is the pauper of the solar system.

Even with a recent, still-to-be-confirmed crater discovery under Greenlands ice, there are fewer than 200 known impact craters on the planet. Mars, for comparison, has hundreds of thousands.

Produced by falling space rocks, most impact craters on Earth have been wiped away over time by wind, rain, shifting ice and the crawl of tectonic plates. Here are the 190 confirmed survivors, as recorded in the Earth Impact Database, maintained by the University of New Brunswick in Canada — plus the newcomer in Greenland.

Identifying and studying such features could give scientists clues about the history of Earth, including the evolution of life itself. Researchers have tried to link various craters to the five known mass extinctions, for example. But only the space rock that created Chicxulub, hidden under Mexicos Yucatán Peninsula and the Gulf of Mexico, is widely accepted as causing a major die-off. That space rock left a crater 150 kilometers wide and may have done in the dinosaurs and many other creatures about 66 million years ago (SN: 2/4/17, p. 16).

Popigai, in Siberia, which measures about 90 kilometers from rim to rim, might be connected to a smaller die-off of mostly marine creatures about 34 million years ago. But thats far from settled.

Chicxulub and Popigai are the largest craters dating to the last 100 million years. But the roughly 160-kilometer-wide Vredefort crater in South Africa edges out Chicxulub as the largest known ever. Estimates put Vredeforts origin around 2 billion years ago, making it the oldest known impact crater too.

The circles below show the rough sizes,and ages of Earths 190 confirmed impact craters, as recorded in the Earth Impact Database, plus a newly discovered crater in Greenland. All crater diameters are estimates from rim to rim. 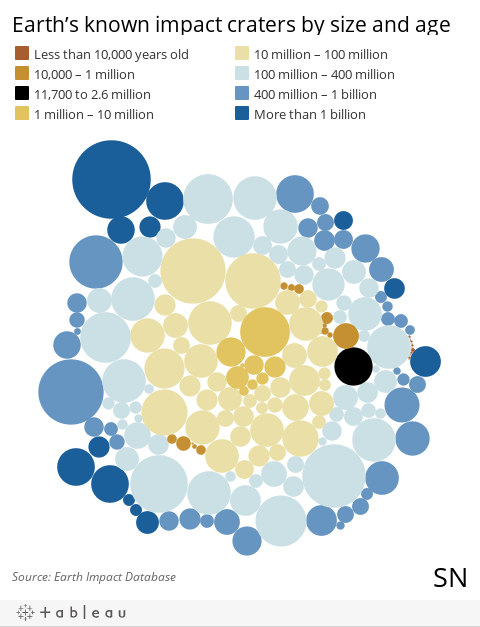 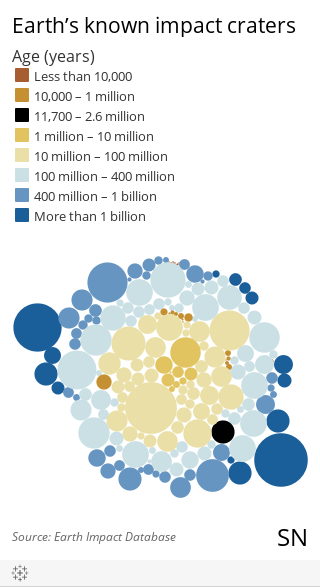 Its too early to put a precise date on the 31-kilometer-wide crater recently found in Greenland. Scientists think it probably formed from 11,700 to 2.6 million years ago, but narrowing down that estimate could be tricky. Like many of Earths impact craters, the Greenland crater is not exposed at the surface; its buried under nearly a kilometer of ice. Try drilling through that to get a good sample.

This map shows the locations of Earths known impact craters along with a newly discovered, but yet to be confirmed crater, in Greenland. 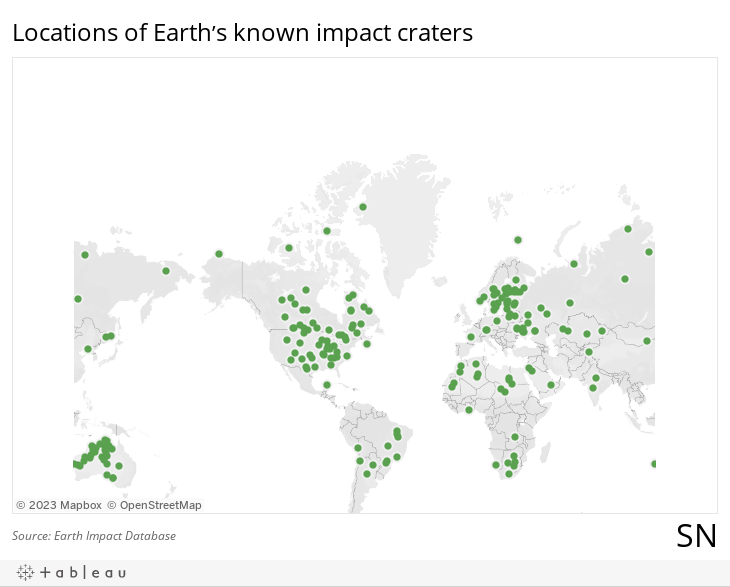 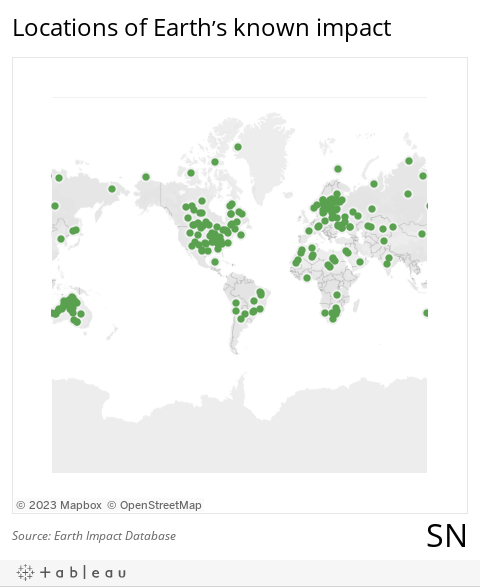 Beyond Weird and What Is Real? try to make sense of quantum weirdness

Quantum physics has earned a reputation as a realm of science beyond human comprehension. It describ..

Small doses of peanut protein can turn allergies around

Carefully calibrated doses of peanut protein can turn extreme allergies around. At the end of a year..

Inside the red circle is the shadow of the tiny target marker Hayabusa2 used to scoop up a sample of..