The event has just been upgraded from a G1 to a G2 class geomagnetic storm and could mess with spacecraft navigation, damage transformers, and wreak havoc with migrating birds sense of direction.

Solar wind escaping from a hole in the suns atmosphere will travel through space to reach Earth tomorrow and build in intensity on October 8.

A NASA observatory captured an image of the large canyon-shaped hole yesterday – and it is directly facing Earth.

This gap is known as a cornoral hole and this one is massive, stretching more than 500,000 miles from the suns north pole to its southern hemisphere. 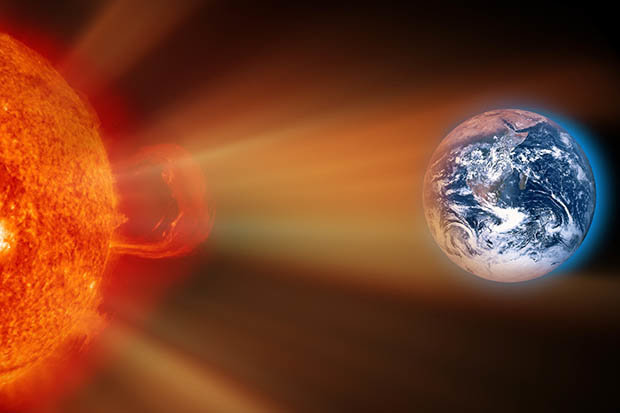 “The solar wind stream is likely to arrive this Sunday, 7 October”

The activity could also cause a spectacular display of auroras (the Northern Lights) in Scotland and parts of northern England.

Expedia says the best places to glimpse this dazzling phenomenon in the UK are:

Space Weather Live said: ”This solar wind stream will likely take about two and a half to three days to travel the Sun-Earth distance which means the solar wind stream is likely to arrive this Sunday, 7 October.

"Moderate G2 geomagnetic storm conditions will be possible on this date and perhaps early on Monday, 8th October."

Behind the collapse: The cost of Bitcoin’s fall from grace

Bitcoin hit its highest valuation a year ago, reaching above £15,000 on some exchanges.

Don’t be shellfish, a mussels shortage may be on the horizon

Mussels are suffering from stress as a result of underwater noise from ..

Google workers walk out over treatment of women

Google employees at offices around the world are staging a walkout over the treatment of women at the com..

Google scraps AI ethics board after just a week

Google has scrapped its AI ethics board only a week after forming it following a controversy over its cho..

Super Mario Maker 2 Review: A riot of a sequel thats more than just another level editor